HRU, full name Hydrostatic Release Unit , is an extension of the securing lashings over the inflatable life raft. The lashing itself must incorporate a senhouse slip to allow manual release. 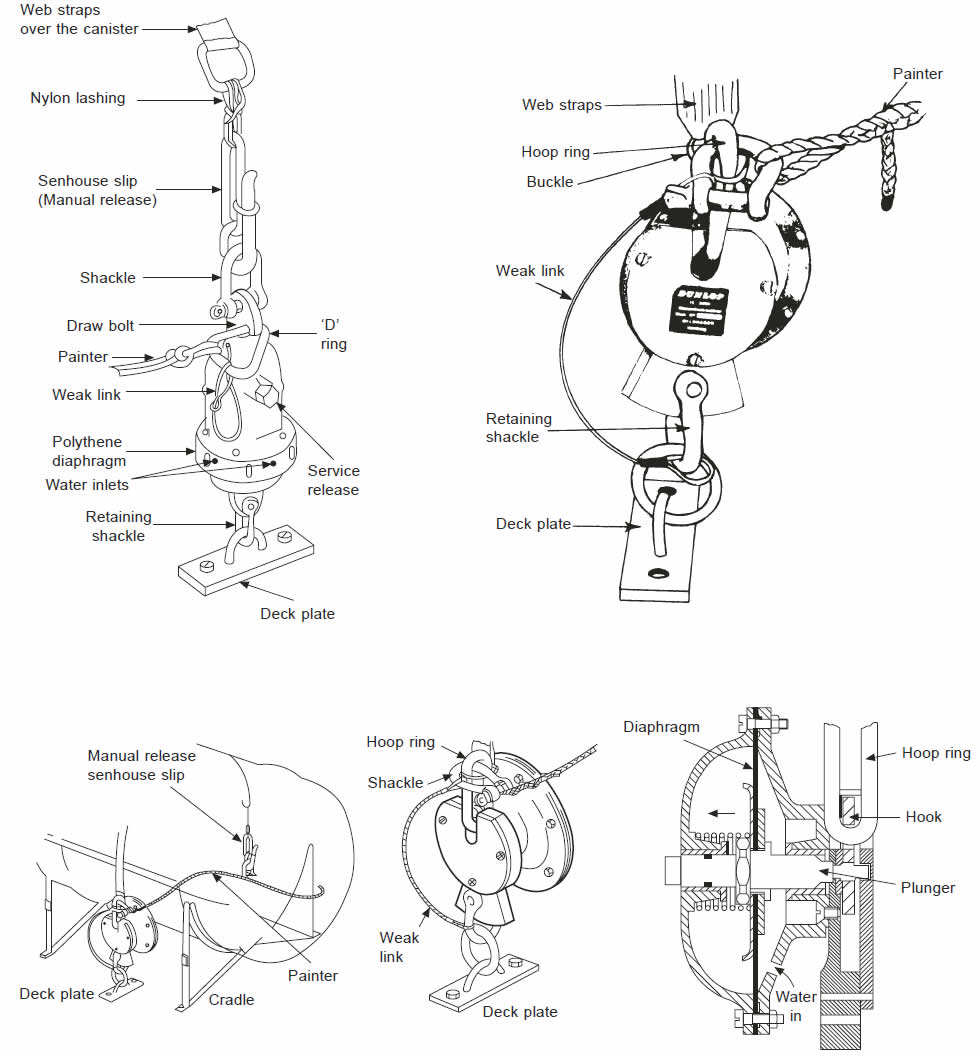 Should the vessel suffer a disaster and subsequently sink, then the release unit will automatically activate under the surface of the water, at not more than 4 m depth, when the pressure is sufficient to release the draw bolt. Once the draw bolt is released, the web strap lashing no longer retains the raft canister in its cradle support. The life raft is free to float to the surface, extracting the length of painter as it rises clear of the sinking vessel.

The painter is secured to a “D” Ring, which was previously retained by the draw bolt, the arrangement providing a weak link securing which will part after the painter becomes fully extended and the pressure increases, causing the safe working load/breaking strain to be exceeded.

Increased tension on the painter/weak link components will effectively cause inflation of the raft, provided that the vessel continues to sink further. The raft would not become inflated if the vessel sank and settled on the sea bed at a depth less than the length of the painter; and inflation would take place on the surface only when the painter is fully extended
and the canister started to “snatch” over the painter’s length.

By releasing the senhouse slip arrangement the raft may be launched manually and inflated in the normal manner, or released for dispatch ashore for annual servicing.